Etisalat Group reported a five per cent increase in net profit to AED 2.2 billion compared to AED 2.1 billion a year ago.

The Abu Dhabi-based telecom operator, which operates in 16 markets in the Middle East, Africa and Asia, said in a regulatory filing on the Abu Dhabi Securities Exchange, that its revenues increased by 2 per cent to Dh13 billion. 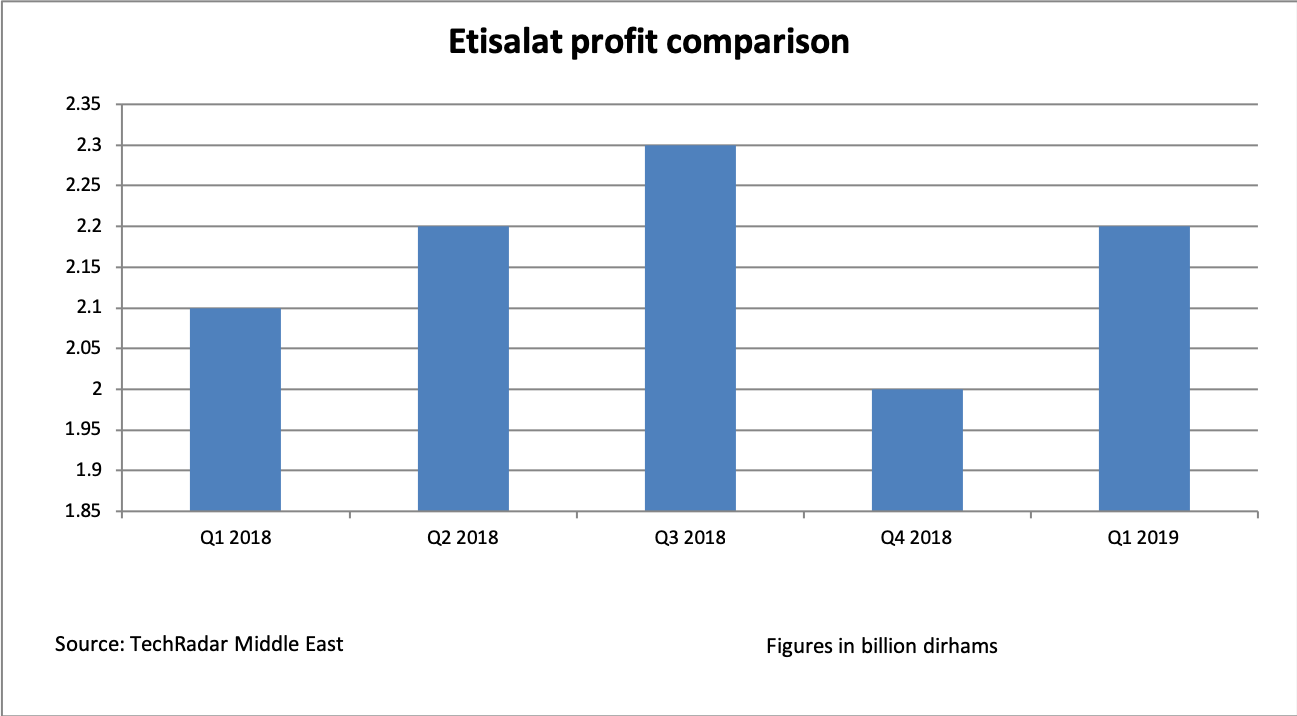 “Etisalat’s solid performance of the first quarter is a promising start for 2019, an extension for our achievements of last year, and a testimony to drive the digital future to empower societies,” said Saleh Abdullah Al Abdooli, Etisalat Group CEO.

He said that Etisalat will continue its endeavour towards network modernisation and investment in future technologies such IoT and AI powered by the deployment of the 5G network which will enable the company to address its growing customer and business aspirations with innovative services and solutions.

“We are confident that 5G will bring a wealth of opportunities in the socio-economic development of the UAE,” he said.

The operator’s earnings before interest, tax, depreciation and amortisation (EBITDA), a measure of a company's operating performance, totalled Dh6.6 billion, representing an increase of two per cent year over year.

VIZR - Transforms Your Smartphone Into A Safe Driving Display Copy