Best smartwatch: the top smartwatches you can buy in 2019 in the UAE 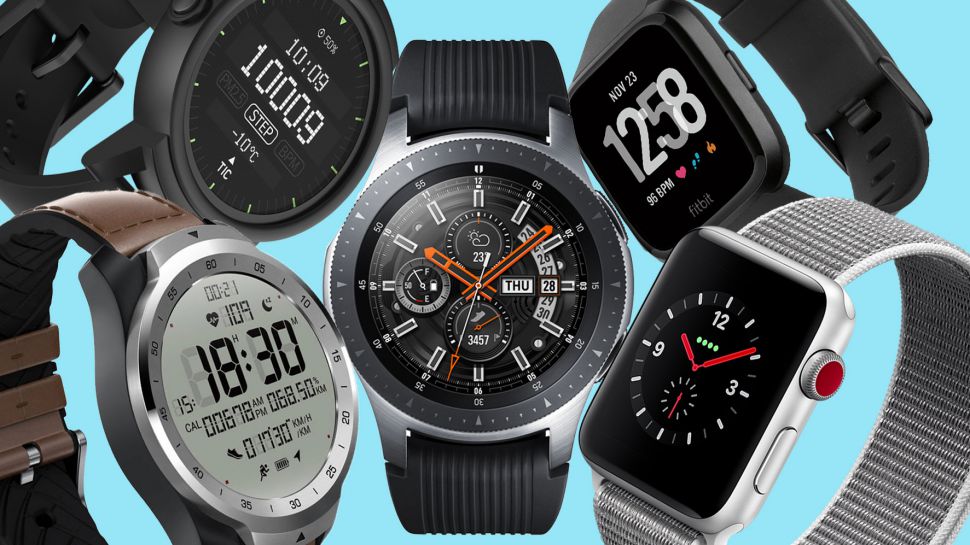 Update: It's not strictly a sequel to the Samsung Galaxy Watch, but we've just placed the Galaxy Watch Active in our list below. It's a sportier version of our best smartwatch without the rotatable bezel, plus the price is lower too.

A smartwatch is the ultimate phone accessory. It can tell the time, of course, but it can also beam important notifications straight to your wrist, track your fitness stats and pay for your morning coffee.

Today's best smartwatch models can perform a ton of tricks, such as enabling you to search the internet with your voice, track your location with GPS or even monitor your heart rate to protect your overall health – with our without pairing to one of the best smartphones on the market.

Oh, and some of them look absolutely stunning too. If you're thinking that a smartwatch is a pointlessly geeky accessory... think again. The choices we've ranked below are well-made, powerful and can genuinely make you fitter through some smart nudges.

We've tested the vast majority of the top-end wearables you can buy right now from the Apple Watch to Fitbits, Garmin trackers to Tizen-sporting Samsung smartwatches. There's also Wear OS (you may have known that in its previous incarnation called Android Wear) which is Google's own wearable operating system in the vein of Apple's watchOS.

During our review process, we take into account the design, features, battery life, spec, price and more for each smartwatch, rank it against the competition and enter it into the list you'll find below.

Smartwatches come and go from the ranking depending on the rest of the competition at the time, and bear in mind we may see products like the Honor Watch Magic appear in the list after we've tested them properly.

It looks like 2019 is set to be a big year in the wearables space too, so expect lots of change in this list if we hear official announcements for products like the Google Pixel Watch and the Apple Watch 5.

The Apple Watch Series 4 is our favorite smartwatch you can buy right now. This is the first time Apple has updated the design of its smartwatch line, and it looks all the better for it.

You get a much bigger screen with the choice of 40mm or 44mm watch sizes, there's a wider display (which is still bright and clear) as well as all the rest of the tech we've come to expect from the Apple Watch.

The speaker on this watch is louder than before, the design is still lightweight (yet it feels premium) and you can use all your existing Apple Watch straps with this latest generation too.

The most exciting tech is the fact there's an ECG feature within the heart rate tracker. It can test your heart to see if you're at a high risk of atrial fibrillation, which will allow you to seek help earlier if your health is in danger.

This tech isn't present at launch, and right now we only know it'll be available in the US. I's not an upgrade relevant to everyone, but for some people this could be some life changing tech.

There are still tons of fitness features and the latest watchOS 5 apps onboard so you'll likely love this smartwatch. The Apple Watch 4 is our favorite watch you can use with an iPhone (this won't work with Android devices), but it's just been pipped to the title of best overall smartwatch.

One of the best smartwatches you can buy right now is the Samsung Galaxy Watch. Following on from the Gear S3 series and the Gear Sport in 2017, the Galaxy Watch is much improved.

We've tested out the larger 46mm version of the watch and it comes with a phenomenal four day battery life even when you're using it extensively. That's impressive considering a lot of other watches on this list last a day or so from a single charge.

The rotating bezel remains a highlight of navigating around the Tizen OS on the watch, and the interface is one of the easiest to pick up that we've seen on a smartwatch.

Apps available on the watch are more limited than Wear OS or watchOS 4 - two rival smartwatch operating systems - but it still offers the core basics and Samsung had provided a watch that's good at fitness as well as sporting a great design and lots more functionality too.

Fitbit is one of the biggest names in fitness tracking tech, but until late in 2017 the company hadn't gone anywhere near smartwatches.

The company has now released two smartwatches, and both feature on this list but first we're starting with our favorite that was announced in March 2018 and will be ready to buy in mid-April.

That favorite from Fitbit is the Versa that is a touch smaller than the other one (that's the Ionic) but it comes with Fitbit Pay for contactless payments, 2.5GB of storage for music and battery life that'll last around three days.

It doesn't have GPS for tracking your runs and the design doesn't feel as premium as some of the other watches on this list, but we really like the Fitbit Versa and it's one of the more affordable choices on this list.

The Apple Watch 3 (or Apple Watch Series 3, if you're picky) was the best smartwatch but has recently been bumped off the top spot by the launch of Samsung Galaxy Watch and Apple Watch 4.

The LTE connection is the headline event, although that's not really as useful as some might hope - plus it costs a lot more to use, and drains the battery.

What we like is the non-LTE version, which is a lot cheaper, and offers all the smarts of the Watch 2 but with a longer battery life and faster speeds when flicking through apps. This is the right kind of upgrade on the best smartwatch in the world.

It's still water-resistant so you can swim with it and you won't have to worry about getting it wet in the rain when you're out for a jog. There's GPS onboard to make running that little bit easier plus it comes running the latest watchOS 4 software and will be updated to watchOS 5 later in the year.

What's next? The Apple Watch 4 was announced on September 12 sporting two new sizes, a larger screen than the Watch 3 and new internal tech. It's also the first watch that can carry out an ECG, too. Be sure to read our hands on Apple Watch 4 review, and expect to hear whether it places in this list in the next few weeks.

You've already heard all about the Samsung Galaxy Watch, but what if you just don't want a large version of its wearable? Samsung has shrunk down most of the tech available in the Galaxy Watch into this more sport appropriate package that's slimmer, lighter and, arguably, more comfortable.

The Galaxy Watch Active features a 1.1-inch 360 x 360 display that while being bright and beautiful allows for a smaller watch to be strapped around your wrist than a lot of the other devices in this list.

It still comes sporting all of the top-end fitness features you'd expect from Samsung's Tizen watch range, but it lacks the rotating bezel or an LTE option that you'd get from the top-end product.

The best part is how the price has shrunk to match its size. It's certainly not a cheap smartwatch, but when compared to the original RRP of the Galaxy Watch you may prefer to opt for this version that's remarkably similar.

VIZR - Transforms Your Smartphone Into A Safe Driving Display