GIMP vs Paint.NET: which is the best free photo editor for you? 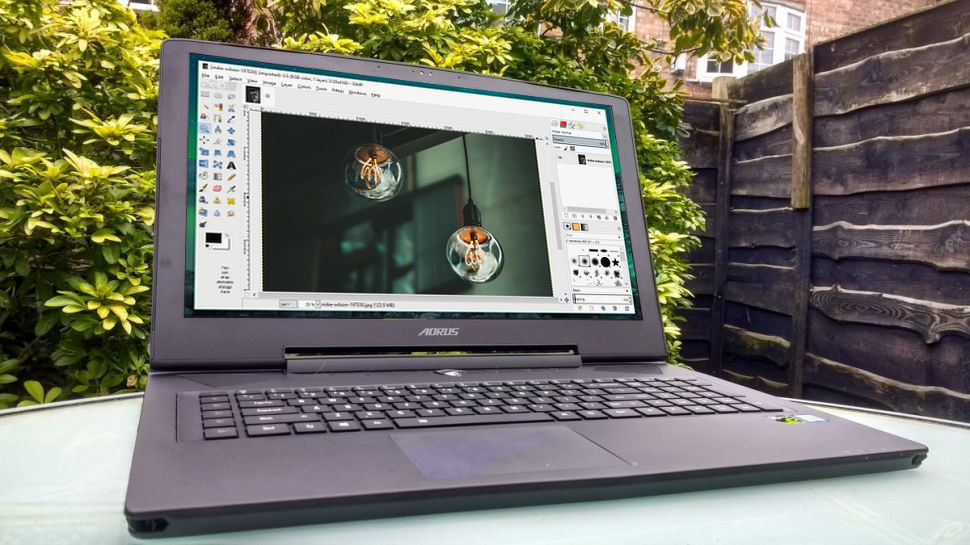 GIMP and Paint.NET are both free image editors, but the two are quite different, so it can be tricky to know which is best for you.

The world of photo editors is a funny one. For most people, choosing the right tool is something of a balancing act. Do you want to go for a free program, or one that costs money? Go for the second option, and you run the risk of making an expensive mistake. Do you choose something simple that gets the job done, or do you go for something powerful and professional? Make the wrong choice here and you could find that you're either limited by too basic a program, or overwhelmed by something that's far too complicated for your needs.

If you choose the free software route, you'll find that GIMP and Paint.NET are two names that crop up time and time again. Both programs are hugely popular, and with good reason, but which should you install?

Paint.NET started life as an unofficial successor to Microsoft Paint, but don’t let that put you off – it's far more advanced than that fact suggests.

It remains a Windows-only program, and while it is possible to download the software free from the developer's website, you also have the option of buying it from the Microsoft Store if you like the idea of making a financial contribution. But there is absolutely no obligation to opt for the paid-for version, and you miss out on literally nothing if you choose not to pay.

GIMP is available for Windows, macOS and Linux. It's immensely powerful and often billed as an alternative to Photoshop, but it has something of a learning curve, which can prove off-putting to newcomers. Speaking of which, let's take a look to see how these two image editors compare.

Take a look at GIMP and Paint.NET and you'll notice a marked difference in appearance. Paint.NET looks like fairly traditional Windows program, while GIMP is a little more unusual thanks to the fact that it started life on other platforms.

In fact, it was the interface that many people used to find off-putting about GIMP  –  particularly the way it was made up of multiple individual windows. The software now defaults to a single window mode, but it is possible to break out into multiple parts if this is your preference. Even so, for Windows users, GIMP has a far less familiar feel, and this can take a while to get used to.

Paint.NET offers limited interface personalisation through the ability to show and hide different tool panels, and there are also a handful of color schemes to choose from so you can make the program match the rest of your system.

Of the two, there's no denying that GIMP is the more powerful of the two programs, but that does not necessarily mean it is the best. Both GIMP and Paint.NET support layers, and both have all of the basic image editing options and tools you would reasonably expect to find.

But even a cursory glance at the menus and toolbars of GIMP makes it clear that this is the more feature-packed of the two, and you'll find numerous Photoshop-style tools such as the healing brush, the perspective tool and much more besides. There are also powerful colour and level correct options, path creation, masking options and so much more. Everything you need to fully unleash your creative side.

All this said, Paint.NET is a more than capable program, and you'll find everything you need not only for day to day photo editing, but also for those occasions when you feel like getting a little more creative. There is support for layers, albeit rather more basic than in GIMP, and a range of filters, level adjustments and effects.

Both programs support brushes, but GIMP's handling of this is rather more sophisticated and advanced. GIMP and Paint.NET can both be used as photo editors, but the range of tools available in the former also means that it is full capable as a tool for creating original work.

The capabilities of both GIMP and Paint.NET can be extended through the use of plugins, and there's a wide range available for each. For Paint.NET, there is an extensive library of individual plugins and plugin packs. Some of these are installed by dragging and dropping files into the relevant folder, while others have installers to make things easier for you. Unfortunately, it is only possible to use plugins that have been especially coded for Paint.NET, but there are alternative to many popular tools that have been ported across.

GIMP users are rather spoiled for choice when it comes to plugins. The image editor is already very powerful, but the range of options can be further extended through not only GIMP-specific plugins, but also with Photoshop plugins. Yes, you can use genuine Photoshop plugins in GIMP – although not all are guaranteed to work. GIMP also supports automation of common tasks through scripts.

Ease of use and performance

Image editing is a processor and graphic intensive process, so the more powerful your computer the better your experience will be. Of the two programs on test here, Paint.NET is undoubtedly the faster and lighter, performing well even on older hardware. On the other side, GIMP can feel a little sluggish, even on relatively powerful systems – but if you're using the full power of the image editor, the chances are you are taking things seriously and have a serious computer to work with.

It is difficult to get away from the fact that, as incredible a piece of software as GIMP is, Paint.NET is undeniably the more accessible of the two. There's a learning curve to GIMP that its more basic counterpart simply doesn't have. That said, getting to know how to unlock the full potential of GIMP really pays off.

Paint.NET is a one-man venture, and this makes it all the more impressive. Despite the diminutive development team, updates are still pushed out on a pleasingly frequent basis, to address problems, improve performance, and add new features. For those who like to be on the cutting edge, there is a beta program that you can get involved in so you can see the path the software is going to be taking.

GIMP is also constantly updated, and the project website has a full roadmap for future versions that give you an idea of what's to come further down the line.

Glowbowl Fresh - Transform Your Toilet Into A Nightlight