Samsung Galaxy A80 vs Oppo Reno vs Honor View 20: which is the best smartphone for your kid? 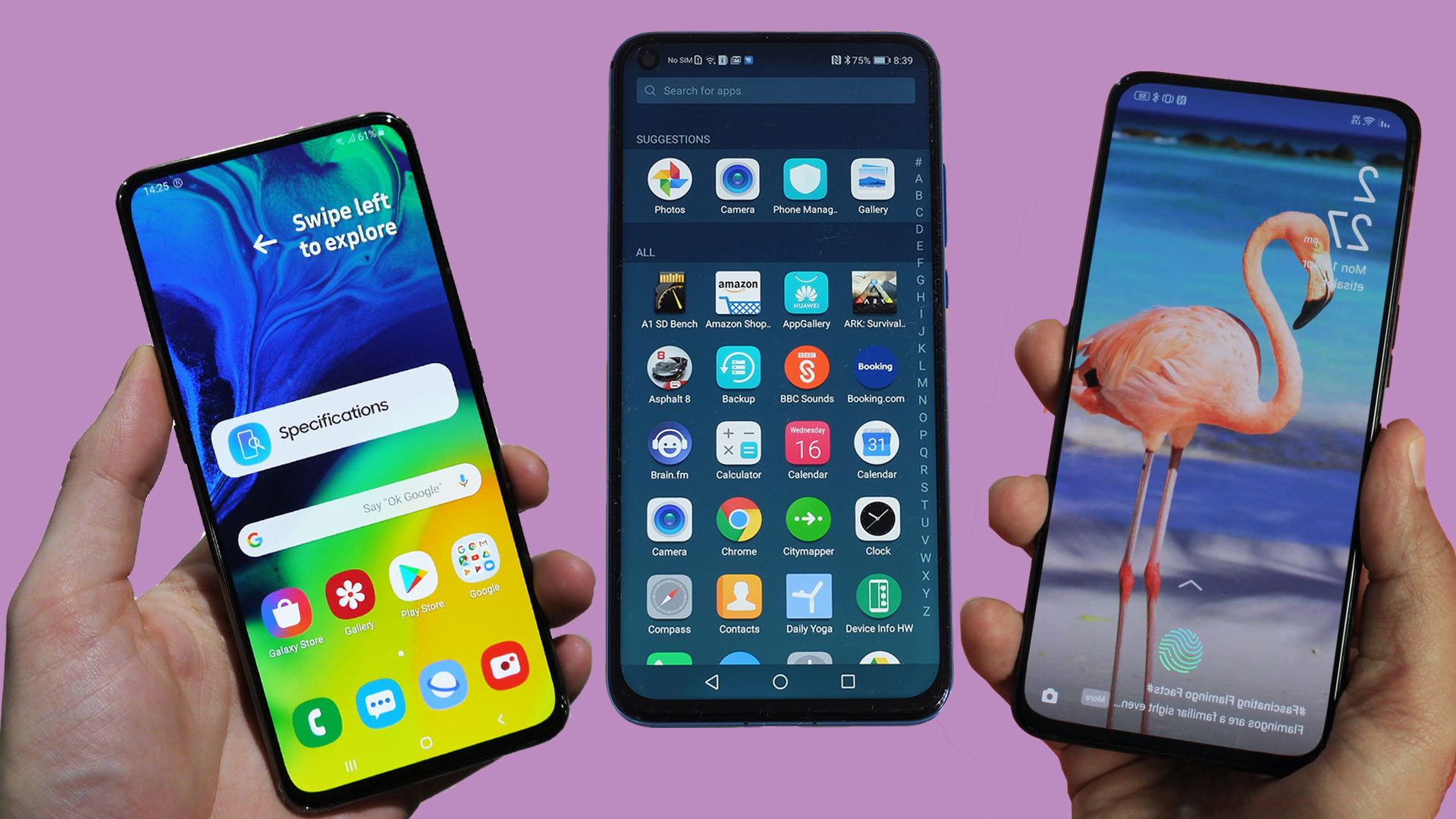 If you’re looking for the best smartphone for your child, you’ve got to juggle a few factors: is it durable enough to survive all the knocks it’ll take, with a battery life to facilitate non-stop Snapchat? Will it have all the bells and whistles they’ll need for daily use? And is it affordable enough that you can easily replace it if they leave it somewhere?

Samsung threw its hat into the ring with the Samsung Galaxy A80, a smartphone with a slide-up back section that lets you flip its three rear cameras into three selfie cameras at the press of a button.

The most recent company to take a shot at a young audience is Oppo, and the upcoming Oppo Reno phone sells itself as a phone designed for those who are “young at heart” – whatever that means. Its unique feature is a ‘shark-fin’ pop-up front camera, like a normal pop-up camera but smaller.

You can’t talk about phones aimed at young people without mentioning Honor, as it aims its phones predominantly at a younger audience who still want all the features of more expensive flagships. Its most recent offering, the Honor View 20, is its newest attempt to win over younger hearts.

But which one should you actually spend your money on, to ensure you’re getting the best phone for your kid? We’ve brought together the latest offerings from three leading smartphone makers to compare.

All three of the Samsung Galaxy A80, Oppo Reno and Honor View 20 have unbroken screens the size of the phone, which means the screen has no notches or front cameras dipping down from the top or the sides and getting in the way, and they have different techniques of achieving this.

The Samsung Galaxy A80 has a large rear panel that pops up when you want to use the camera on the front, with a rotating bar housing the phone’s three rear cameras that spins around – it’s an elaborate contraption, but it does mean there’s no camera on the front to break up the screen.

Meanwhile the Oppo Reno also has a mechanical component, but it’s a lot less complex. When you want to take a picture, a small ‘shark-fin’ pops up to point the front snapper at you.

The most simple front-facing camera comes from the Honor View 20 – it doesn’t have any moving parts, and instead its front camera sits in a ‘punch-hole’ in the screen itself. Technically this means the screen isn’t totally unbroken, but it looks like a full-screen device anyway, and there’s no delicate moving parts to fall apart if the phone is dropped.

From our experience of displays we’d say AMOLED generally is better looking, but you’re not likely to notice a huge difference if you’re not comparing the phones directly.

Something worth bearing in mind is that the Honor View 20 is the only phone of the three to have a 3.5mm headphone jack, so if you’ve got a beloved pair of earphones, that phone would be your best bet.

A long-lasting battery life is one of the most important features in a phone for your kid, especially if they’ll be using it to text 25 hours a day and will habitually forget to charge it.

In terms of raw battery capacity the Honor View 20 is the best phone, with a 4,000mAh power pack, but it’s not far ahead of the competition as the Oppo Reno’s battery has 3,765mAh and the Samsung Galaxy A80 is 3,700mAh – those capacities are all above average, so the “my phone died” excuse for not replying to texts will never work again.

Battery capacity doesn’t necessarily translate to battery life, and some phones with lots of power storage don’t make the most of it, but each of these phones offers a whole-day battery life.

Camera specs are one of the most fiercely competitive points of comparison between phones nowadays, and for many young people, who value a great picture, it might be the deciding factor between a great phone and an average one.

The real photography powerhouse of the trio is the Samsung Galaxy A80 – because of its rotating bar it has a three-camera rear and front loadout. This consists of a 48MP main snapper, joined by an 8MP sensor boasting an ultra-wide lens, and an extra 3D depth sensor to take great selfies, by recognising the background of a picture in order to blur it.

Taking a step down, the Oppo Reno has a 48MP main camera joined by 5MP depth sensing camera, which is used for portrait shots. Housed on the ‘shark-fin’, the front camera has a 16MP sensor and uses a wide lens, for wider group selfies.

The Honor View 20 only has one rear camera, which is again a 48MP snapper, but it’s joined by a 3D time-of-flight camera which produces results not dissimilar to the Oppo Reno’s depth sensing camera, using time-of-flight (ToF) tech to accurately gauge short distances.

Since only one of the handsets is available to the public at this point, we haven’t been able to directly compare them head-to-head to see how well they take pictures, but we’ll be sure to do that when we get our hands on the phones.

While the Samsung Galaxy A80, Oppo Reno and Honor View 20 all run Android 9 Pie, they all run different user interfaces – The Galaxy A80 runs on Samsung’s One UI, whereas the Oppo Reno is on ColorOS 6 and the Honor View 20 has Magic UI 2. The difference between these is largely aesthetic, although there are a few quirks and differences between them regarding navigation.

You’d need to use the phones quite a bit to have any strong opinions on the UI navigation, so it won’t be a deal-breaker by any means, but aesthetically some of them could be considered a little garish.

In terms of chipset, the Samsung Galaxy A80 and Oppo Reno run on Snapdragon 730 and 710 respectively – they’re fine mid-range processors, although the phones certainly won’t run big games or complete functions as quickly as high-end devices. The Honor View 20 boasts Huawei’s Kirin 980 processor – that’s a cutting-edge piece of tech, more so than the Snapdragons, and will be much better at tasks like gaming.

There’s less distinction in terms of RAM between the phones though – each has 8GB RAM, although for the Oppo Reno and Honor View 20 there are 6GB RAM versions available too, if you think 8GB RAM is more than your kid will need. A higher RAM means a phone can do more processes at once, and 8GB is quite a top-end spec compared to the general smartphone market.

Since the phones haven’t all been released, it’s hard to judge them within the context of their prices – saying that we’re expecting the Samsung Galaxy A80 price to be quite a bit higher than the Oppo Reno’s or Honor View 20’s.

This higher price point reflects the Galaxy A80’s status as, disregarding price, probably the best phone of the trio – it has the biggest screen, most capable camera array, and certainly the best ‘novelty’ factor.

The Oppo Reno is a worthwhile phone too – it packs some of the most middling specs of the trio, but it’ll likely end up being the most affordable if you want your kid to have a perfectly competent phone without breaking the bank.

Glowbowl Fresh - Transform Your Toilet Into A Nightlight

PhotoStick: Instantly Back Up All Your Videos & Photos